“Me a-go talk about what I see”

It’s one thing seeing all the pictures of the poor conditions in the high mountains.
I’ve been avoiding terrain above the so-called snow line since about mid June. Conditions peaked in terms of snow and ice for me at that time, with an ascent of the Arête Kuffner (aka  the Frontier Ridge) of Mont Maudit. Since then most of my guiding work has been on multi pitch rock below the permafrost level. I had a brief excursion up the Pigne d’Arolla in late July, and already the trauma being wreaked on the high mountains was being felt. My colleague Dave Sharpe posted a heartfelt Facebook post  on the state of the terrain around 3500m around the same time. I’d clocked and had seen many photos of the parlous state of glacial terrain, both in the Chamonix area and elsewhere. But it’s taken until the last three days for me to realise what the extent of the damage is.

I’ve just been for a short assignment on the south ridge of the Weissmies above Saas Grund. This valley holds many great memories: it’s the area where I passed my summer alpine test in 2000, and since then I’ve worked there many times. The south ridge of the Weissmies is a classic intro to alpinism and a brilliant first 4000m peak for many. It’s a perfect PD (Peu Difficile). I’ve climbed it in mild Scottish conditions (light snowfall, ankle deep snow most of the way – thanks Martin Moran!) as well as in weather so perfect we could see the duomo of Milan cathedral glinting in the sunshine of the Italian plains over 100km away. Back then it had snow starting around 3300 – 3500m. When I arrived at the Almageller hut on 6th August 2022, just a quick look behind at the Mischabel showed the brown stains and bare ice on the peaks of the Allalinhorn across to the Nadelhorn.  Even that was like looking at a photograph.

Actually being there to experience the carnage was on a whole new level:

The two photos below show the difference, both taken looking south east from the summit.
I took the first some time in the summer in the noughties, and ironically features the great Paul Farmer, now sadly no longer with us. Not a single rock visible. It epitomises for me what alpine mountaineering means to many of us, and has been the banner image on my website for over a decade. 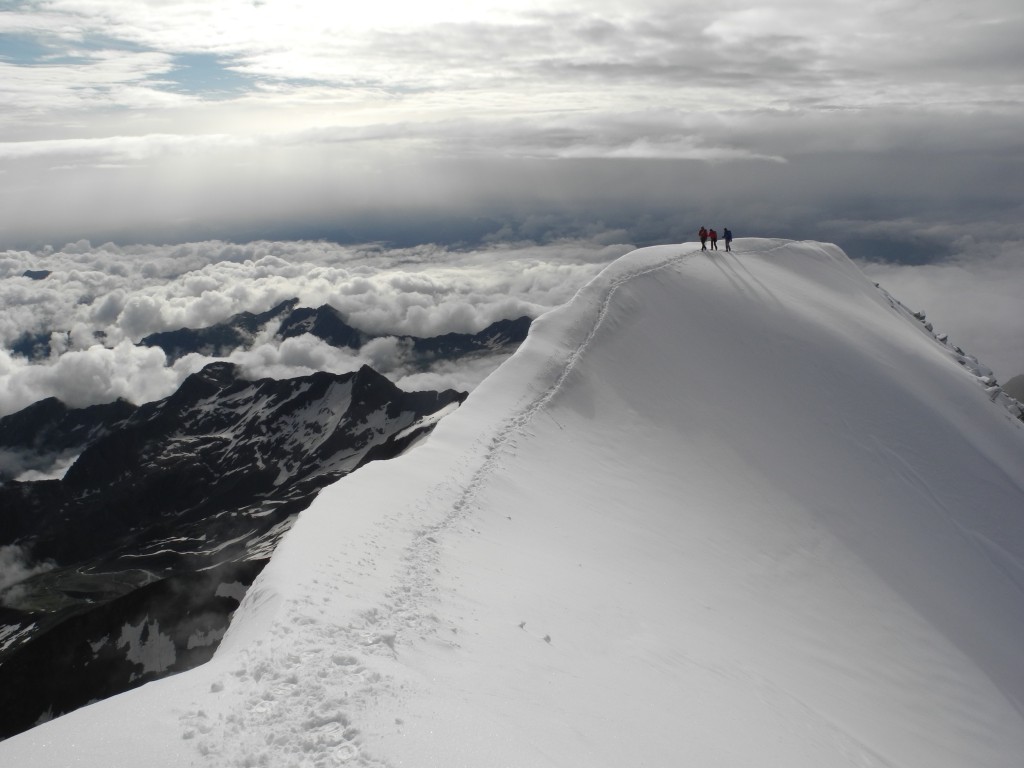 I took the second from the same place. You can see the bare ice and the line of the crevasse. And a dome of rock, now stripped of all snow. 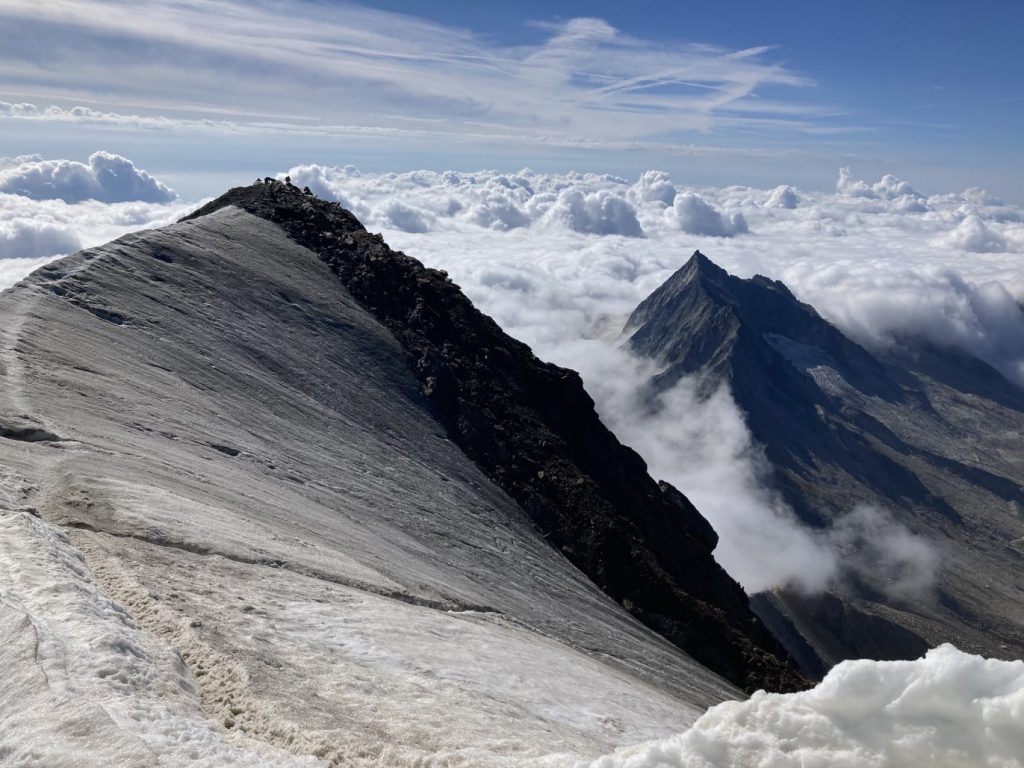 The high mountains of the Alps are on the frontline of climate change.
And quite frankly it’s heart-breaking.