Kendal Mountain Festival, the biggest Festival of its kind in the world, is coming soon. I’m proud to be a part of the Festival team that brings you the premier event of the UK’s social climbing calendar. Every year,  “Kendal” gets bigger and better. Our challenge is to keep growing the event while retaining its unique, personal, anarchic, outwardly chaotic yet inwardly efficient, genuine nature. It’s work that’s very different from my guiding during the other 11 months of the year and I relish the annual opportunity to work with a dedicated team of creative people.

One comment we regularly get is that there’s almost too much to choose from. With outdoor activities and the films made of them getting more diverse and higher in quality all the time, the programme gets bigger and better every year. This year is the biggest ever by a comfortable margin.

So here are a few of my top tips for Kendal Mountain Festival 2016 – some hidden gems where people who were there will say to their friends: “ you should’ve been there….”

Thursday: Kendal Retrospective – in the 15 years I’ve been coming to the Festival, there have been some stunning films. Here are the directors’ picks – two and a half hours of 4 star outdoor film.

Friday: Last year at Kendal, John Burns presented his one man play – Mallory, Beyond Everest – to a small select audience at one of our satellite venues. 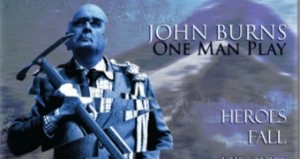 It got rave reviews. No surprises there, given that John has performed this unusual work at the Edinburgh Festival. This year we have him back and he will deliver it in the Theatre. Be there.

Saturday: Chamonix granite has always been magical for me. Home to some of the finest alpine rock in the world, it’s made for big epics, both in the climbing and the cinematographic sense. Caroline Ciavaldini will present the world première of her film, Shifting Dreams. Free climbing on the Grand Capucin? Oui bien sur.

Sunday: John Porter was one of the founders of the Kendal Mountain Festival and it’s thanks to him and Brian Hall that I have the opportunity to be involved now. John’s book, One Day As A Tiger, is really evocative of the era when I started expedition climbing. 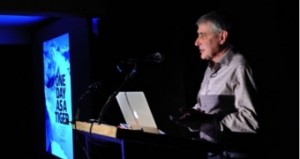 Back in the 80’s there was no corporate sponsorship and no internet, to name just two of the factors that modern day mountaineers at the cutting edge take for granted. John’s presentation, A Brief Golden Light, will be very much a once-in-a-lifetime opportunity to witness one of the finest periods of exploratory alpinism.

Whatever you choose to see at Kendal, have a great time and I look forward to seeing you there.