The month of March is usually busy, but 2022 has surpassed any year I can remember for intensity and variety of guiding. The lid of the Covid lockdown pressure cooker has popped off, and it’s been a delight to be at the sharp end of all that pent up enthusiasm to get back into the mountains again.

Things kicked off with some off-piste and slack country with Stuart, getting some warm up laps in readiness for Arctic Norway later in the month. I’ve been lucky in that I’ve been able to keep skiing throughout the last two years. Many folk have been less fortunate, especially UK-based skiers. I’m always impressed with what folk can achieve on the basis of two weeks skiing a year. It takes me a coiuple of months to get into the swing of skiing, even in what we used to think of as normal circumstances. After a break of two years, it’s absolutely phenomenal what people can do. 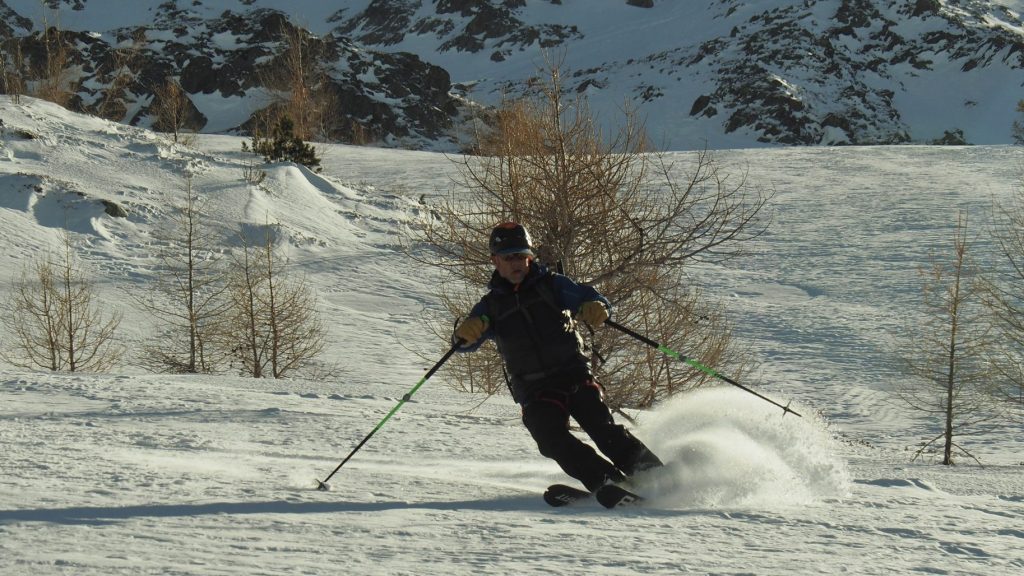 We had a couple of days around Chamonix, finding both powder and spring snow in some of my favourite stashes.

Speaking of favourites, Lise arrived back in the first week of March from a 4 month work stint in a place not renowned for its snow. Given that she might be off again soon, we wasted no time in getting some quality time (and turns) in. The snow was in prime condition for steeps, and luckily Lise has been in training! 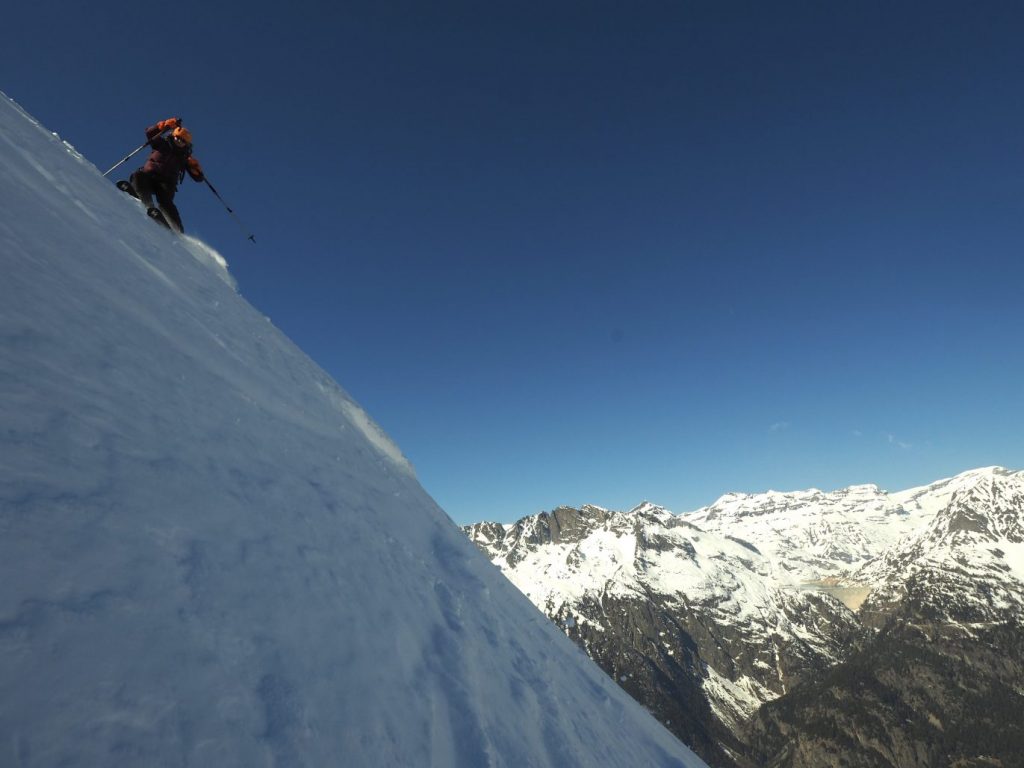 The second week of March saw me jumping on a flight to Edinburgh.
My last day of Scottish winter was in March 2019, before Darren and I had to hotfoot back to our respective homes to get locked down. Before that, there was a hiatus of 10 years when we were tempted away by Euro and Arctic ice. So it was a real pleasure to return to the homeland. Conditions hadn’t been looking that good in the run up to the trip. At times, the Scottish mountains looked totally brown. But just a week or two before, all came good and the top of the Ben in particular was in primo nick. Highlights of the week included an ascent of Italian Right Hand and then finishing up Tower Ridge. It was my first time up this combo, and really great to meet my old friend Adele Pennington along the way. 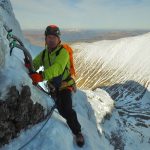 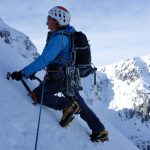 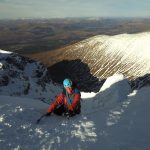 We also ticked the grade V box with an ascent of Vanishing Gully.
This was on the same day as a lot of excitement was taking place in the Red Burn on the opposite side of the mountain. By the time the rescue helicopter was shuttling folk off, Darren and I were eating cakes in Fort Bill. 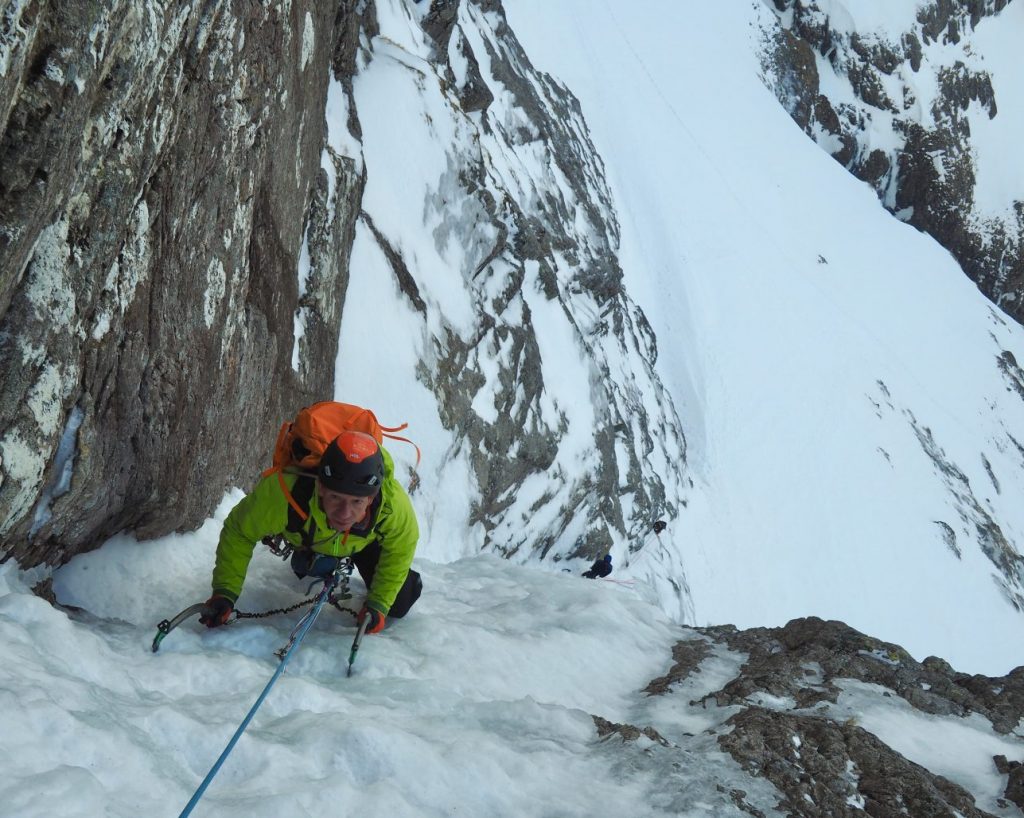 Returning home to Chamonix, I swopped technical tools and a rack of ice screws for ski touring kit. Mike had booked me to introduce his son Tom (a very able skier) to ski touring about three years ago, and we were finally able to make it happen. After a warmup day in Chamonix, we headed up to the Grand Saint Bernard monastery. I’m not a religious person but this place has a special atmosphere and is close to my heart. It can be a bit of a bad weather magnet with its position on the crest of the alpine ridge, but we got super lucky and despite the warm weather, found some great snow. 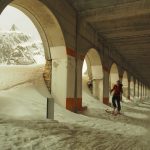 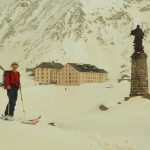 On the 18th, there was time for a swift turnround before a flight to London to meet up with two of my long standing friends, Ray and Lisa in Gatwick. A direct flight to Tromsø the following day saw the formation of Premier Crew 2022. Membership of the Crew has varied over the years, with a range of folk coming and going since an epic Ossola Haute Route in 2008. Qualifications include (but are not limited to) an appetite for adventure, fine cuisine and red wine. Premier Crew 2022 carried on the tradition of its illustrious predecessors , with a week in Kvaloya. This island just southwest of Tromsø has massive potential and variety for ski touring. Landing in torrential rain at TOS, I was a bit worried we might have picked the wrong week, but we got some breaks and the team rose to the challenge, both in ski touring technique, gastronomic prowess, and consumption of (duty free) alcohol. Based in a cosy cabin just meters from the sea, we explored a wide range of venues, skied some great snow (some of which we couldn’t see that well!) and ate some excellent cakes. 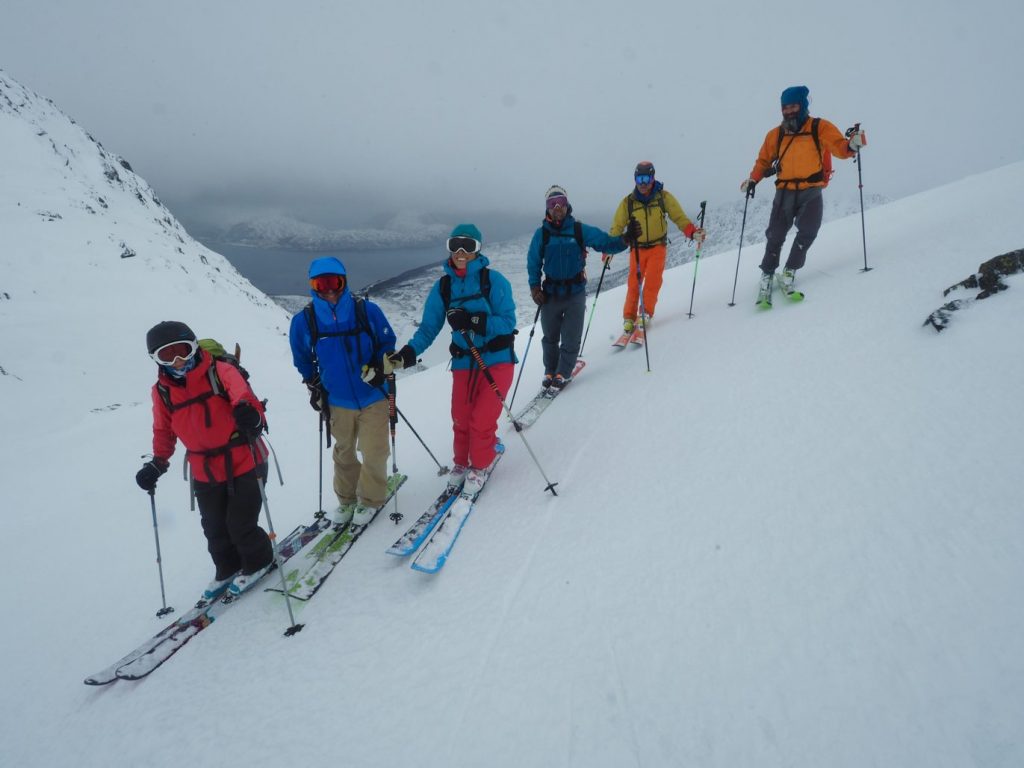 The final week of March involved a drive south to Senja.

I first visited this stunning island (the largest in Norway) with Darren for ice climbing, and immediately recognised its potential for ski mountaineering. With steep terrain all round and proximity to the ocean, it can be a pretty feisty place. Luckily, the warm weather of the previous week had consolidated the snowpack, so avalanche hazard was replaced by the simple fact that, in many places, a technical error would result in a very long slide. Couteaux and crampons were de rigeur pretty much all of the week. In that first visit just 5 years ago at the same time of the year (thank you Mr Zuckerberg for reminding me), there were very few skiers about and Darren and I were the only ice climbers on the island. Fast forward to 2022 and we met up with French and Swiss skiers. Is it crowded? On the busiest day we saw 18 other skiers. So by Norwegian standards, yes, but it’s all relative. I made an effort to seek out the “path less travelled”, and for the most part we were on our own cutting fresh tracks.
On the last day of the month, I skied a pitch which definitely gets into my top ten of all time: 300m of consistent snow on a consistent angle of just under 30 degrees. Imagine a red piste with 30-40cm of medium density fluff. 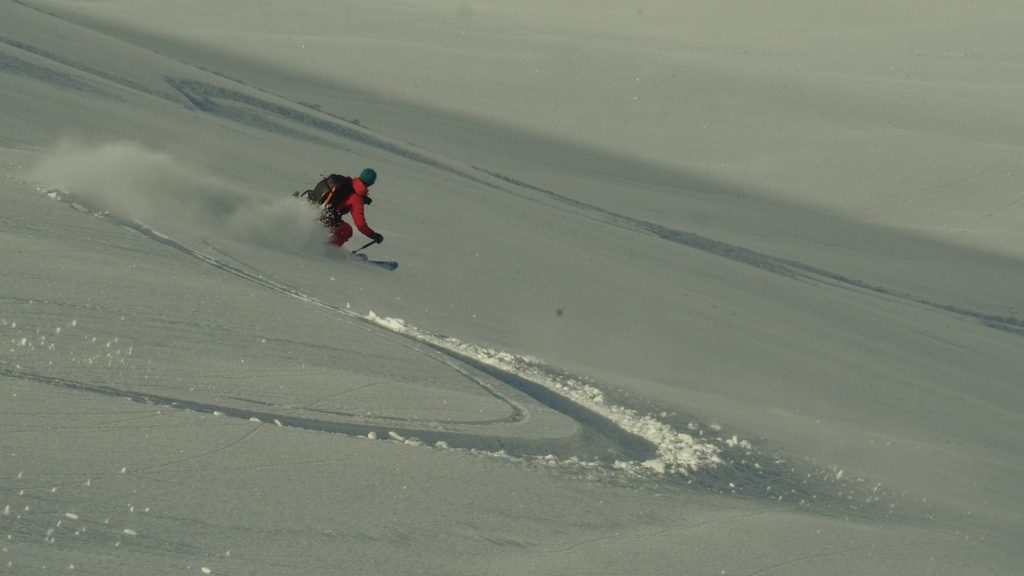 What a way to round off a sensational month.
Hard work? Yes.
Fun? Oh yes.

Thanks to all the folk who shared the mountains with me: clients, friends, colleagues and fellow climbers and skiers. It’s been a blast, but I need a rest now!