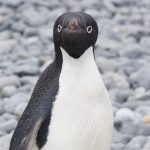 Like a magnetic pull, skiing and mountaineering in the polar regions has attracted me for many years. The remoteness, the quality of the light and the magical mix of mountains and ocean are a heady mix. I visited Arctic Norway on a climbing holiday to Lofoten in the 90’s and was hooked. Later as a guide I organised ski mountaineering trips to the mountains around Tromsø. Many of the slopes are accessible by road, but other areas require a boat, and thus I entered the wonderful world of ski-sailing. Starting in Finnmark, I was very lucky to meet Andy and Janice and their yacht Destiny. With this unique British couple over the next seven years, I ski toured in Finnmark, Iceland and the west coast of Greenland.

I’d heard a great deal about Antarctica and was very keen to see the reality of the mountains down south, but getting there was a challenge. The distances involved, the time and budget required were all a substantial step up from the Arctic. My good friend and colleague Tim was well connected in the Antarctic world, and through him I secured a series of Antarctic voyages with the Dutch maritime company Oceanwide Expeditions.

The work promised to be very different from my previous Arctic ski trips. Instead of just four clients on board a small yacht, we would have over a hundred passengers on a luxury cruise ship. Instead of skiing for a week with people who I knew well, I would be running mountaineering taster sessions for half days with different folk each time, returning to the ship at lunchtime as environmental guidelines preclude bringing food and drink onto the continent. These passengers would often be total beginners with very different levels of ability and expectations to my usual clientele. 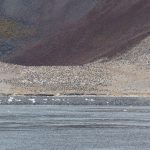 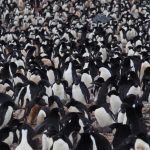 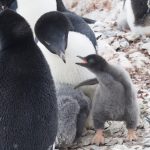 My own expectations were, quite frankly, a little vague. Penguins and icebergs featured quite heavily but that was about it. I took a Zodiac dinghy driving qualification on the Mediterranean coast of France (stop sniggering at the back) to make me a little more versatile and flew to Ushuaia at the southern tip of Argentina in mid November ’22. As I write this on the voyage back across the infamous Drake Passage in early January, I know it’s going to take me some time to digest the whole experience, and writing this piece is part of that process.

My expectations, such as they were, have been blown out of the water. Antarctica is an otherworldly, awe-inspiring and magical environment where I’ve had to recalibrate my perspectives. On the very first morning as we were landing in moderate snowfall, there was a loud plop behind me. “That must have been a very big fish” I thought, and then half a second later a penguin poked its head out of the water just five meters away. Later that same day a blue-eyed cormorant held my gaze for minutes from the same distance. The proximity of the animals and their ease alongside humans and our bizarre transport machinery is one thing, but the sheer quantity of marine mammals is mind-blowing. Thousands of  Adelie Penguins packed so densely that I couldn’t see the beach. Weddell seals basking on the black beaches of Deception Island, itself a caldera of a live volcano. Tiny sea butterflies in rock pools, right up to huge humpback whales all around the ship on the stroke of midnight of New Years Eve. Here nature shows us how the world should be.

There are big differences between the north and south. The absence of polar bears means the interaction with wildlife is so much more relaxing. However, the combination of stronger winds and icebergs of all sizes from tiny bergy bits up to massive tabular bergs means a careful weather eye needs to be kept at all times. Talking of weather, the Drake Passage can give some people a rough time. I seem to be one of the lucky ones that doesn’t get affected too badly. Either that or it’s been a Drake Lake as opposed to a Drake Shake…

Another big difference has been the working environment. Instead of one or two guides and a couple of crew members, we have around twenty expedition staff, fifty ship’s crew and hotel staff from the captain to the cleaning staff. Much like my work at Kendal Mountain Festival (from which I retired so I could get down south in November), there are lots of people fulfilling different roles in a fast-moving service environment with a crucial customer-facing element.

The guidelines for biosecurity and the need to keep any environmental impact to “no more than a minor or transitory” level (to quote terms of the Antarctic Treaty) means that a whole layer of admin measures is inserted. A booking system is in place to ensure that only one ship is at a particular spot at any one time. There’s a restriction on the number of passengers who can be ashore at any one point. There are minimum distances set for various types of animals. With the current threat of avian flu, anything touching the ground near a high-density animal area needs to be disinfected one back on board – welly boots, snowshoes, the tarps for storing kit such as emergency barrels and so on.

It could be argued that tourism in Antarctica should not take place at all. Having now visited this special place, I think that the scale and unique nature of the continent has the power to change our perspective. It allows us to see our place as custodians of the planet more clearly. I don’t think I’m exaggerating when I say that Antarctica is life-changing.

I will be back.