2020 has not been a normal summer. With restrictions on international travel coming and going, a general reluctance to take crowded cable cars or stay in busy huts, it’s been necessary to think outside the box. Most mountain guides are pretty adaptable, and I’m no exception.  My clients have adapted well too, and as a result we’ve achieved some great climbing in areas that were completely new to me. The bizarreness has perhaps been epitomised by 2 weeks of climbing in late August and early September.

I’ve known Dave Wills since the late 80’s. We had a mutual friend, Brendan Murphy, with whom I spent 17 happy days on Cerro Kishtwar, a non-ascent that perhaps defines me as a mountaineer. A couple of years later, Bren teamed up with Dave for the first true winter ascent of Divine Providence, a test piece high on the Italian side of Mont Blanc. They climbed it over a few days during the Christmas holidays, and it was (even by the Murphy’s hardcore standard) bitterly cold.

So it was a bit of a surprise to get a call from Dave late last year asking if we could climb together. Why on earth would someone with such a strong background want to engage a mountain guide? It turns out that, having been at the top of his game in Himalyan alpine style suffering, Dave had been beset with arthritis so taken up mountain bike racing, doing quite well at it (think good performance in the Megavalanche), but then having had a couple of hip replacements realized that [alpine] climbing is still the best sport in the world.

We settled on two weeks in early June, but then Covid arrived and at that stage it wasn’t possible to travel from UK to France. Then the border opened, and we rescheduled to late August. On the 14th August, the UK imposed a quarantine on people coming from France, but Dave was unphased as he could work from home on his return, and it was very clear that this trip meant a very great deal to him. It’s always good to know how strongly people are committed but equally that places even more pressure to ensure I deliver, whatever that might mean, for the person with whom I’m climbing.

Dave arrived in Les Houches on 22 August in the middle of an intensely hot period of weather. It was an interesting process for us to discuss objectives, given that Dave had been training (hard, of course) in the UK but mostly on single pitch. Snow, ice and mixed routes, his forte, were completely out of condition, but rock is my forte and we settled on a progression to ease back in gently (I use the word “gently”in a relative sense). We also had to address the dilemma as to how much I would be happy for Dave to be on lead. An email in the early stages of our discussion read:

“One thing we need to be clear about is how we address the question of you being on lead.
As I mentioned when we talked, the guide/client relationship is skewed a bit given your vast previous experience.
My suggestion would be that for the first couple of days we run it in the normal guiding way (i.e. with me on lead) so I can get a sense of where you’re at.
If, after that trial period, we both feel comfortable with you being on lead, then we can gradually get into a more conventional arrangement between two friends where we swing leads.”

Happily, Dave was very realistic and understanding and so we set off on a 5 day romp through the grades to get warmed up.

Day 1: Fantôme de l’Opéra on the Barberine slabs. This Piola creation is unusual in being a mix of bolt and leader placed pro. A great warm up (and it was VERY warm) to check systems. 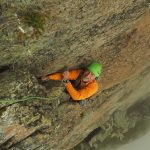 Day 2: Grevolle Directe on the Perrons. This 11 pitch route weighs in at sustained 6b. I was hoping for the morning mists to clear away but in the end the only visibility we got was from the summit cairn. Dave was clearly enjoying himself in the clag, as apparently it’s very rare he smiles for the camera!

Day 3: for me was a rest, with a quick morning jog up Poeme à Lou on the Brevent. Dave was feeling the pace a bit, and even admitted to being tired on this sustained wall fest. A late lunch in a Chamonix bakery, and then we took a quiet afternoon Midi bin to the Plan de l’Aiguille. We’d made a decision to stay for a couple of nights at the Plan hut. These soirées were my first hut nights of the season, so I was keen to ensure good health management. Claude the gardien there assured me that it wasn’t too busy and we’d have our own private room for the duration of our stay. 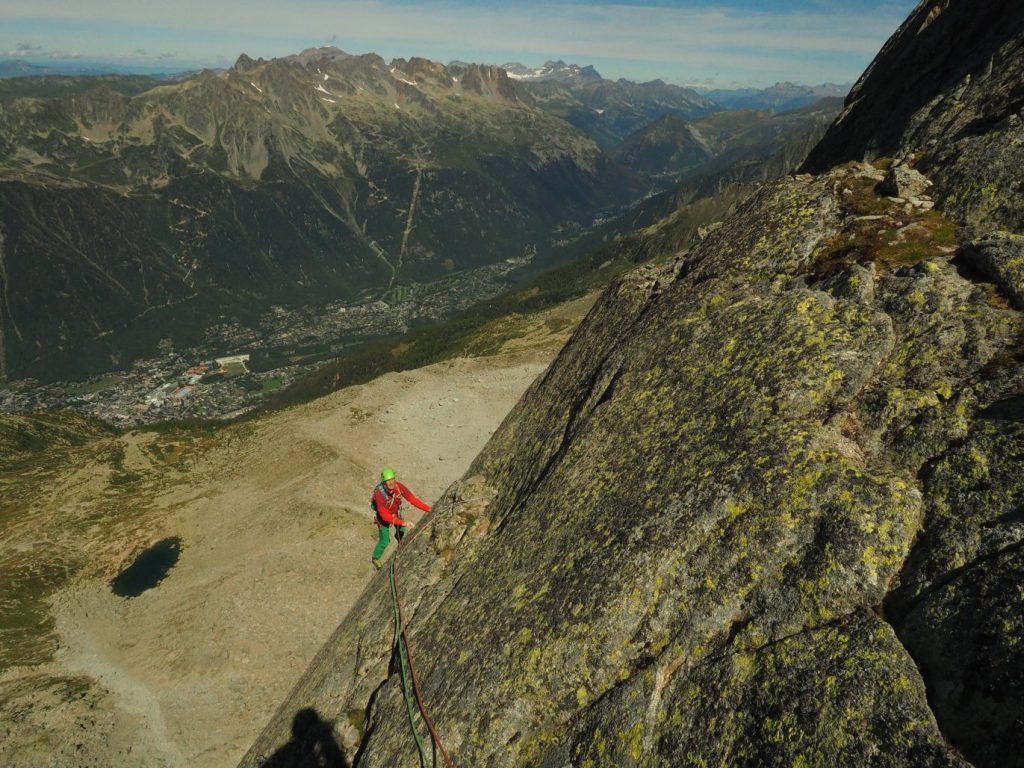 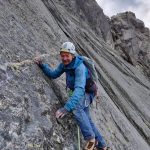 Our position in the hut turned out to be very fortuitous because on
Day 4: the Midi lift was closed due to strong winds. We headed up to the relative shelter of the Peigne slabs and spent a marvellous day on the 80’s classic Le Ticket, le Carré, le Rond et la Lune. Neither Dave nor I had managed it in the era of Snell’s field and the shuffling dossers, so it was a real treat to tickit off (see what I did there…).

Day 5: we headed up to the west face of the Blaitiere. There were multiple teams on the classic Nabot Léon, but we had settled on the more recent Tsarmania, another Piola masterpiece. A mix of cracks and face climbing, this is well worth it if you have the guns. 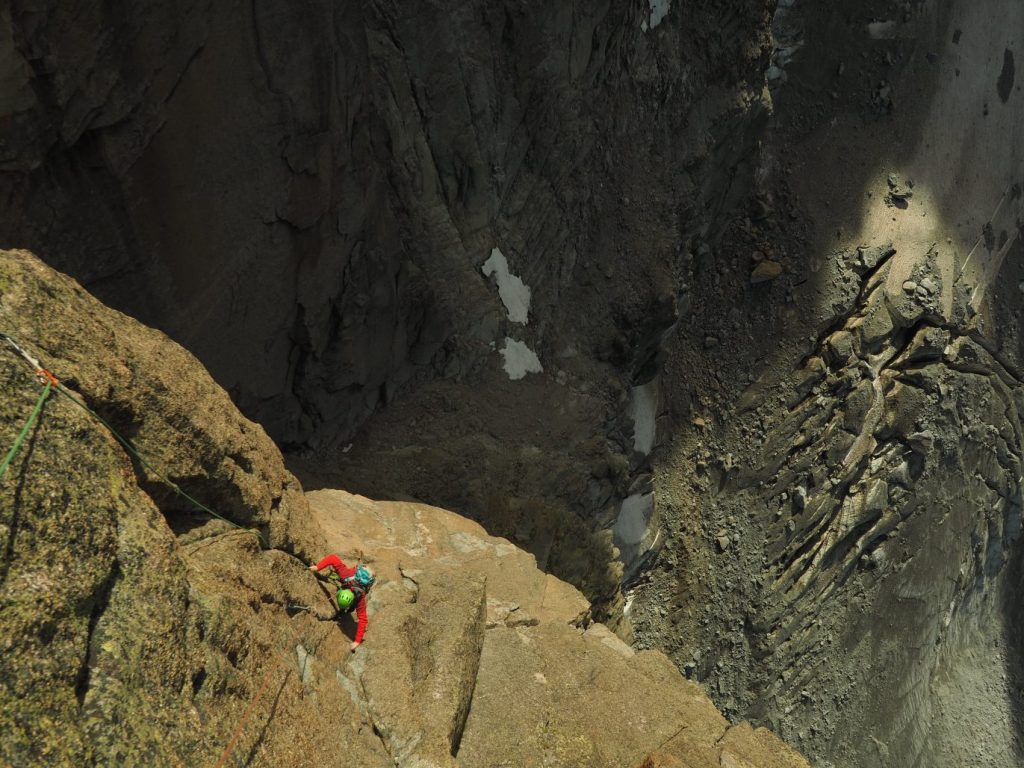 We looked at the upper section but it deteriorated in quality after one classic pitch of crack climbing. Apparently Osez Josephine is a better way to finish. I’ll have to come back! Rapping off late, we opted for a 3rd night in the Plan hut so we could stay up high for longer.

Then, thankfully, the weather broke! Both of us needed a rest and three days of torrential rain and snow plastering the high granite was the perfect excuse to drink coffee and allow our fingers to recover. We kicked off on the following Monday with

Day 6: a quick trip to Italy for the Pilastro de Lomasti. Often a reliable plan B when the winds are in the northwest, this fantastic multi pitch venue is a favourite of mine. We stopped for the obligatory coffee at my insistence and when we arrived a team were already involved on our initial plan, the classic Vampirla e la Rossa. So we jumped onto Sylvie. Its not often I have to onsight 6c+ at work. Then on about pitch 8, raindrops started falling out of a clear blue sky. I pushed on up the next pitch, but then there was a clap of thunder and the rain meter went to the torrential end of the scale. Apparently Dave actually enjoyed the whole process of abbing off in the rain.

Day 7: we headed down the Arve valley to Jourdy for the classic Cabanon de Verdon, a lovely quick drying route in deepest darkest Haute Savoie. Dave got on lead here, which was nice for both of us! 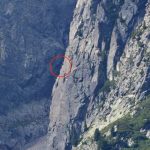 Day 8: I’ve been on a mission for some time to check out the Aiguille de Praz Torrent above Vallorcine as Alan, another frequent flyer and Vallorcine resident, wants to climb everything he can see from his balcony. Dave and I selected Super Jacques, which turned out to be a very feisty little thing. 6b? Bienvenu en Haute Savoie, monsieur… As a bonus, we even had Alan taking photos from his balcony with an uber long lens, followed by tea afterwards. 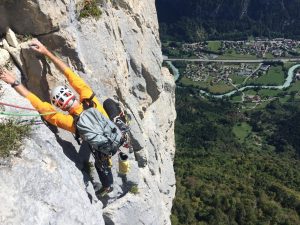 Day 9: Another new favourite of mine is Les Vuardes above Sallanches. Having done the five star classic 6c there in spring with Stu Macdonald, I was keen to check out the more reasonably graded Costa. That turned out to be proper sld school, with a mix of bolts and cams and nuts, and some good honest corner and groove climbing. Think Chamonix granite style but it’s limestone. More bizarreness. 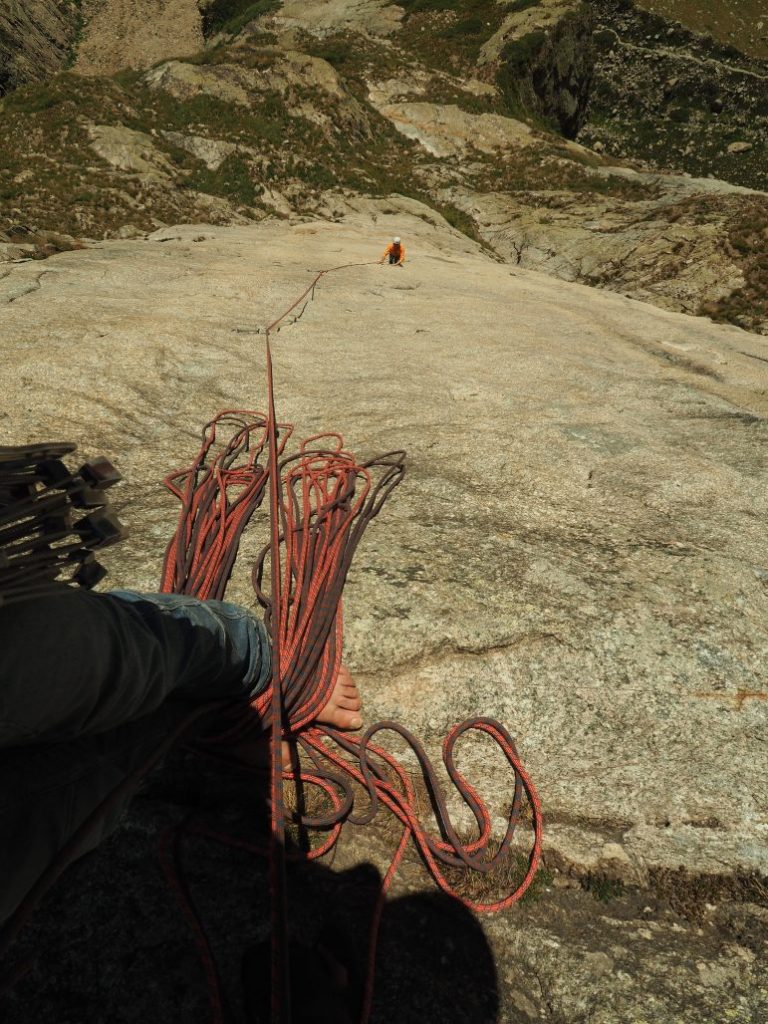 Day 10: Dave’s attention had been grabbed by the Parete dei Titani up in the Val Ferret on the Italian side. Maybe because he’d had been there when he did the South Diedre on the Jorasses? We went up to do the classic of the crag Titanic which, like Costa the day before turned out to be old school but in a different way. Massive run outs with the odd bolt and small wire on sustained but never desperate granite slabs. It was also really hot on this full south facing crag so we both suffered a bit with the heat. Again, Dave loved it because of the old school adventurous nature!

And then I could lie down in a dark corner and rest for a couple of days after what I can honestly say has been the most technically sustained fortnight I’ve ever done as a guide. Great fun for me but what did Dave think?

We have a few things we didn’t manage this time. It’s always good to have an excuse to come back.

It all goes to show that alpinism doesn’t necessarily have to be snow, ice and mixed.
As climate change kicks in, it’s more likely that these styles of climbs in post glacial environments are going to become the wise summer mountaineering choice.

Cheers for a great fortnight, Dave. See you again next year I hope! 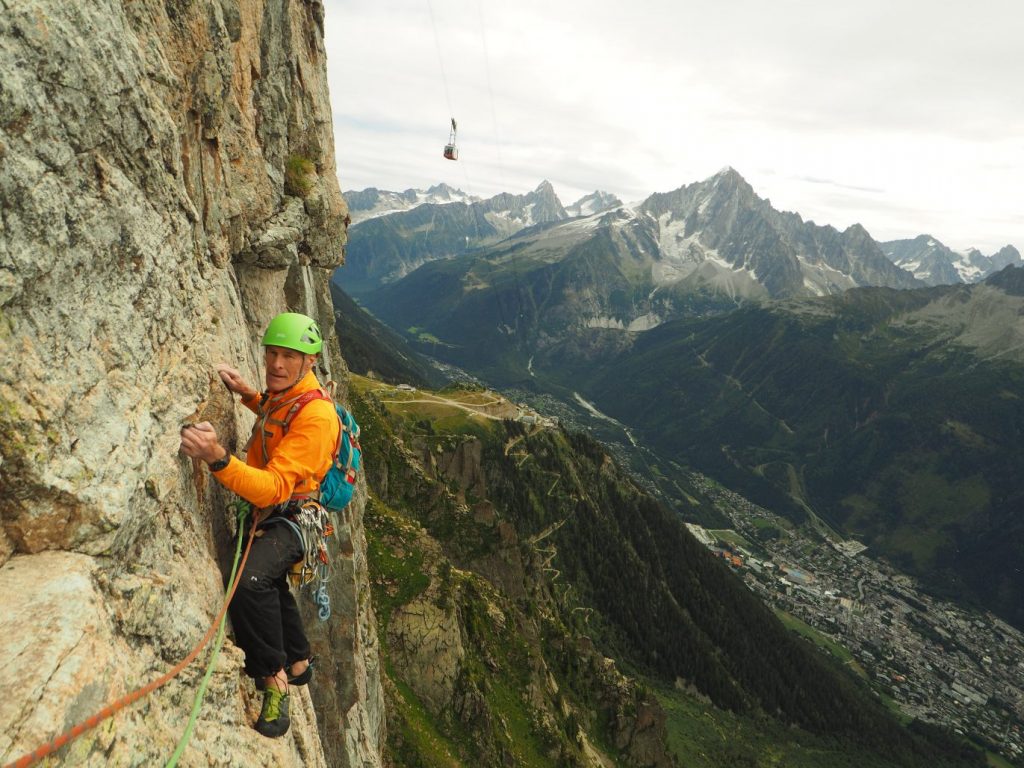