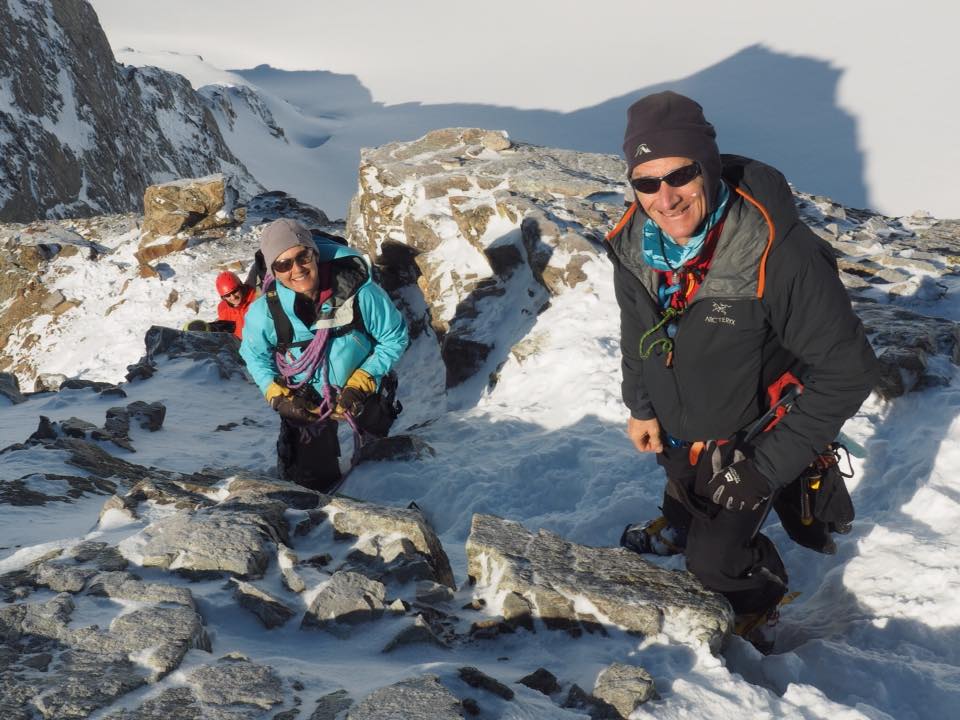 Back in March 2016, I skitoured with Rick Allen in the Silvretta. It was a guided trip for the Eagle Ski Club, working alongside my friend and colleague Julie Ann Clyma. Rick had signed up early on for the tour, a classic intro hut to hut itinerary, with 11 other members of the Club.

I’d known Rick socially off and on for many years, as we’d had mutual acquaintances in the Scottish winter scene like Mal Duff, and Rick’s longstanding partner in rime, Sandy Allan, was another close friend and professional colleague. But we’d never climbed or skied together as far as I recall, so it was a pleasure to finally hook up with him on the hill.

On day 1 we went up through the Euro-oompah disco lunacy of Ischgl and started with a warm up session at the top of the main cable car. It’s a habit I’ve got into over the years, to mobilise the clients a bit, get folk relaxed with a few gentle leg swings, see how they move and balance and so on. While we’re going through the exercises, I ask each person what other sports they do. With the Eagles, running and mountain biking are usually pretty popular. We sometimes have a few tennis players and horse riders. I left Rick till last on this occasion.
“So Rick – what other sports do you do?”

His response? “Just a bit of climbing”

I exchanged glances with Julie Ann, and we raised an eyebrow at each other.

Leading light in the Scottish winter scene, high point on the unclimbed north-north-east ridge of Everest in the 80’s and, of course, “just” the last great problem of the Mazeno Ridge on Nanga Parbat with Sandy Allan. If you need to get an idea of exactly how tough Rick was, read Sandy’s fantastic book “In Some Lost Place”, which documents this ground breaking 18 day ascent, completed by two climbers at the top of their game despite being at an age where many folk would consider it time to retire. My friend Mal Duff used to say that the most important muscle in Himalayan alpinism was between the ears. Rick was incredibly strong in a physical sense. But it was his mental strength that was the key – the drive to be attempting a new route on K2 in his sixties, and the ability to maybe pull it off

He skied on telemarks for the week, in conditions that best be described as challenging. Poor viz, hideous breakable crust, and retained a wry smile throughout. He was quiet in the evenings in huts, and I’m not sure any of the rest of the group were aware who he was. Whether they realised they were kicking a ball round the park and being joined by David Beckham.

It was his quiet old school modesty which summed him up for me, just getting on with it.
He was polite enough to ask Julie Ann and me if we minded if he soloed on Piz Buin normal route. His manner was gentle and calm, though the glittering eyes belied what Pete Boardman used to refer to as “iron in the soul”.

It was a pleasure to be on the hill with him, and I will raise a glass or two.

Slainté, Rick, wherever you are.