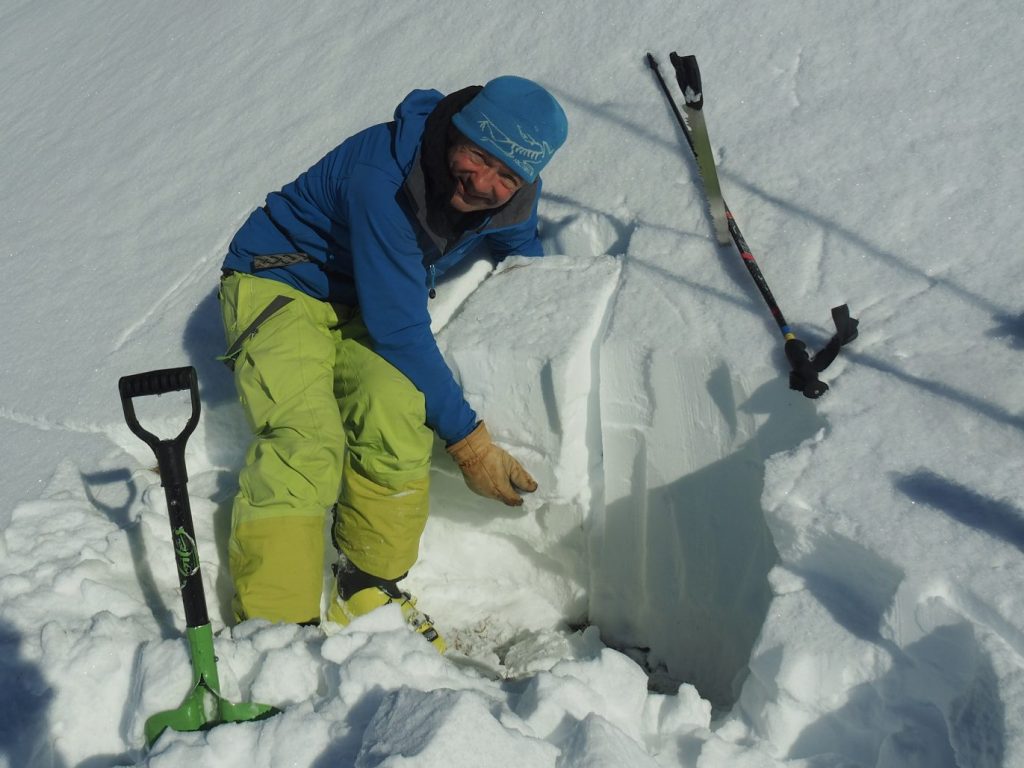 In a normal year (whatever that means), I write a snow report in early February to give folk some info on snow stability in the French alpine areas in general and specifically in Chamonix ahead of the half term holidays. But in 2021 there’s no more normal. I’ve delayed until late March to give a fuller picture of the snowpack as we enter into what can be a very delicate phase of the season. Hopefully this summary of the season so far will provide an overview to help you make sensible decisions in what could be a period of excellent ski touring in the high mountains to finish off the season. It’s also been a great season from which to draw some lessons for the beginning of the 21/22 winter. 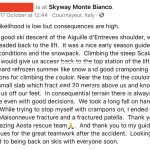 After a long hot summer, it was a relief to see the first snows of the winter in late September. It wasn’t such a relief for people in Aosta at the beginning of October when massive flooding affected the valley, but again there was more snow high up, especially on the Italian side of the massif and further east towards Saas Fee. A few days after this storm cycle we had the first avalanche accident of the season, which is something of a record. Fortunately, there were no fatalities. Then in late October there was more snow, this time down to around 2000m. Overall, it was a reasonable start. 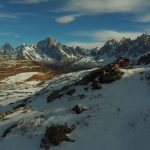 The weather for the first two weeks of November was clear with blue skies and the zero degree isotherm oscillating between 1500 and 2500m. It’s crucial to note that this period resulted in large amounts of facets forming between 2000 and 2500m which formed a persistent weak layer. On the 28th November I was up on the Aiguillette des Houches just behind my house and you can see the sparse snow cover and evidence of low temperatures with the frozen marshland and patches of facets scattered around. This PWL is still there in late March and is beginning to be a major issue, nearly 4 months later.

A series of storm cycles in early December laid in snow over the top of the November facets.
With the uplift remaining shut in France, it was fascinating to observe the behaviour and mindset of certain sections of the freeride community. Normally in early December, we’d be throwing laps off the lifts in the higher resorts like Val Thorens and Courchevel. However, these were not resorts in December 2020, “merely mountains with some steelwork bolted to them”, as a professional colleague of mine pithily remarked. This fundamental misconception resulted in some classic footage which graphically illustrates some truly dreadful group management in mid December.

A supremely twitchy snowpack with widespread remote triggering continued through the Christmas holidays and into early January. Low angle slopes, particularly at altitudes above the crucial 2200m mark, were the order of the day. Paradoxically, on more southerly aspects below 1800m, glide cracks were starting to open up on grassy slopes. 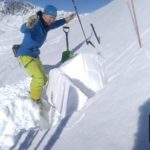 I had a very memorable day in the Aravis on the 4th, where some great steep skiing was to be had in the sweet spot between 2100 and 1600m. From early January, the stability gradually improved. Even with a 30cm dump on the 13th, stability was not too bad overall. There were weak layers in the pack, but in general were propagating less as shown by this stability test in Le Tour on the 17th January.

Overall then, by mid to late January, things were settling down, but the mountain gods had a few tricks up their sleeves to keep us on our toes…. 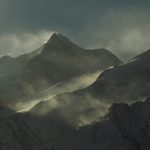 On the 19th January, the wind picked up and moved the snow around all over the place, even at altitudes as low as 1400m. All the lovely powder that we were looking forward to was instantly converted to stripped out ridges and pockets of windslab. Great care was needed for the next week, ducking and weaving to find the best snow, which was generally at altitudes below 2000m and in more sheltered areas. Despite all this trickiness, I managed one of my best descents of the season during this period. This all came to an end on 30th January when it rained to 2000m. Over the past 12 months, the word “unprecedented” has passed into such common usage that we no longer take much notice of it. But I can’t recall such a warm wet weekend as this in late January, ever, in 20 years of ski guiding in Chamonix.

As if that wasn’t a big enough surprise, I woke up on the morning of the 6th February and noticed there was a weird feel to the atmosphere and a strange brown tinge to the sky, more so over towards Italy. And then reports started to trickle and then flood in of massive deposits of sand, especially to the south and east. I’ve seen this phenomenon known as the “sirocco” before, but never to this extent. Like many factors linked to climate change, the amplitude of weather extremes is becoming greater.

The key question for everyone was whether this sand layer would have an effect on the snow stability, both short and medium term. Documented research indicates that the darker snow will absorb more sunlight and that there will be decreased stability, but only if the snow remains exposed. A north-westerly flurry immediately after the sirocco event covered many areas of brown snow on the north-western side of the Alps, whereas further south the brown snow remained exposed. I was ski touring in the Hautes Alpes around Briançon in late February and the vistas of brown and orange were truly startling. The snow was surprisingly good and steep spring descents were very good indeed. 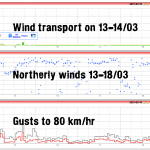 While the weather in early March was beautifully warm and sunny, the general vibe was “we need more snow”. The mountain gods duly obliged with a dump of 60-80cm on a strong westerly to north-westerly on the weekend of the 13th March. There were fatal avalanches after this storm cycle in locations as varied as Aosta and Andermatt.

At the time of writing in the run up to April and the Easter holidays, the weather is once again magnificent and that alluring mix of powder and spring is present. Nevertheless, the snow pack is still unstable and it’s worth sharing two recent posts from Savoyard avalanche doyen Alain Duclos which graphically illustrate the need for caution at this time of year when many of us are tempted to let our guard down. 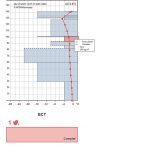 Firstly, here is a snow profile from the Beaufortain on a NNW slope at 2100m
For those readers used to snow stability tests, note the failure at the first hand tap, with a clean shear of a 40cm layer.

And here is some unequivocal text to underline the need for caution:

Weak layers close to the surface, often above the sandy layer, but sometimes below.
The weak layer at ground level, caused by the thin snow cover combined with very cold surface temperatures of the snow pack in January. It is obvious that these persistent weak layers (depth hoar) remain an issue, especially in the shade and at altitude. In addition, the accumulations from wind transport, as well as the powder of the last storm cycle are sometimes unstable.

The worst case scenario is:
1. A shallow release on the weak layer near the surface,
2. It slides a few tens of meters,
3. This slide triggers the deep weak layer and all hell breaks loose, wide and thick.”

With all this snow, we still have at least a month of skiing to go. Let’s make sure we all make it safe and well to the end…